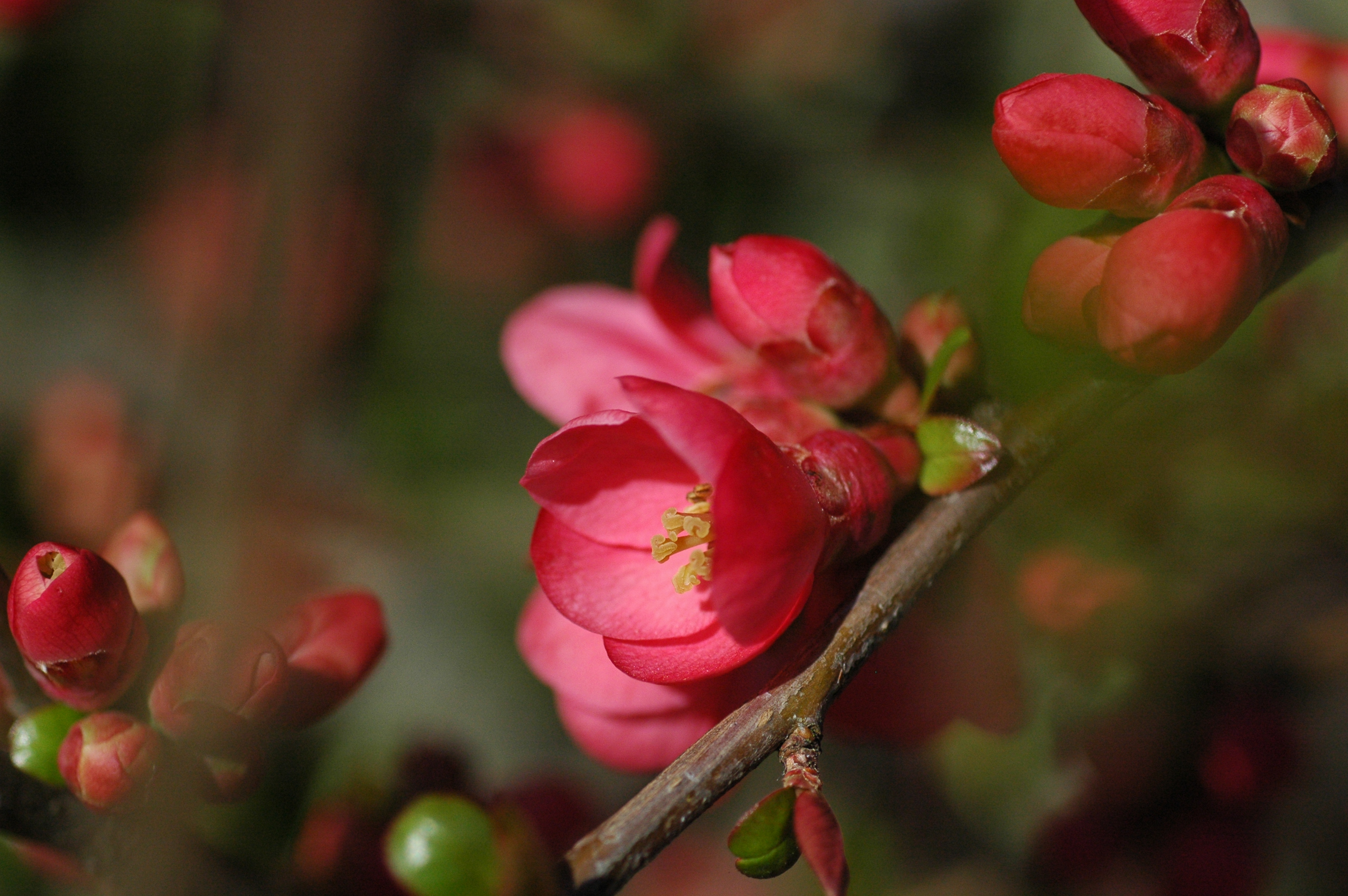 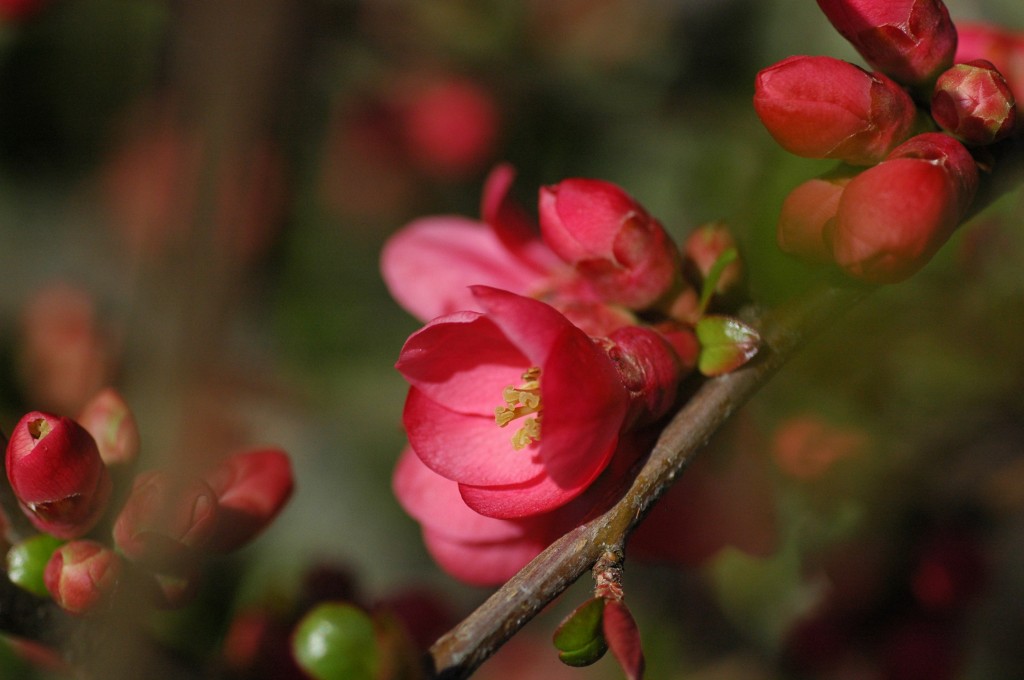 Despite Spring’s tardiness in virtually every other corner of this country (I’m sorry and I am sending you fresh tulips right now), here on the west coast the blossoms are ridiculously abundant. On the literary scene, things are no different: some pretty amazing new books are blooming their way into the world. All of the writers I’m mentioning below are launching new books in April, 2014, in Victoria, BC. Along with a little information about each writer, in order of when they’re celebrating, I’ve added their answers to this simple / complicated question: Why do you write?

First up is Garth Martens, whose first book of poetry, Prologue for the Age of Consequence (House of Anansi), is being launched on April 3rd at Russell Books. Garth and I haunt the same coffee shop in Fernwood, and occasionally, we share a table while we write. Copy from Anansi’s website calls this a collection of “poems of great philosophical ambition, and startling ethical and psychological reach.” From what I’ve heard and seen, I agree. If you’d like to have a sneak preview, listen to him reading his poem “Dreamtime” via PRISM International.

Garth won the 2011 Bronwen Wallace Award for Emerging Writers, and his writing appears in Poetry Ireland Review, Hazlitt, This Magazine, The Fiddlehead, Prism, Vallum, Grain, and The Malahat Review. He has worked nine years in large-scale commercial construction. Currently, he is writing the libretto for Pasaje, an international flamenco production slated for July 12 at The Royal Theatre.

On the why of writing: “Why do I write? I can and so I do it. It’s a discipline, a result of choice. This being said, when I’ve had gravid feeling, I’ve gone at the work with more compulsion. I also dance flamenco. Since finishing the book, I’ve given this practice more attention than writing. It has the same kick-back, when the breakthroughs occur, the same pleasure yield, the body entrained in rhythm, and yeah, the same frustration when it isn’t going well. Insofar as these practices are spade-work in archetype and shadow, they are essential to me.”

(I hear you, Garth. It lacks the same artistry that you portray in flamenco–at least when I play it–but I feel the same way about tennis.)

Next, we have Aaron Shepard, a writer I had the good fortune to meet while both of us were part of The Malahat Review’s fiction editorial board. His first novel, When is a Man, is coming out this month with Brindle & Glass, and he’s launching it at The Copper Owl on April 8th. If you’d like to know more about this BC-based story of loss, recovery and displacement, read this article by Focus Magazine’s Amy Reiswig. 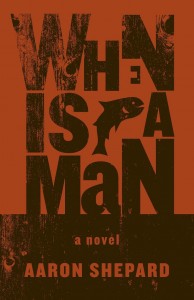 Aaron has written award-winning short fiction and has been published in a number of Canadian literary journals, including the Fiddlehead and PRISM International. His personal essay “Edge of the Herd” appears in the anthology Nobody’s Father: Life Without Kids. He is a graduate of the University of Victoria’s MFA in Creative Writing program.

He says: “I write because I love writing. Or, mostly, I love reading, thinking and dreaming, and writing seems like the best response to what those three things bring to me.”

(Yes, Aaron, I agree entirely! A kind of call and response between the world and our brains. Now, rewriting, though. That’s a whole ‘nother kettle of fish.)

Yvonne Blomer and I go way back—is it possible? twenty years!—to a shared writing group together, doing Natalie Goldberg exercises in the all-night Blue Moon café at the corner of Douglas and Pandora. This month finds her launching her third full collection of poems, As if a Raven, published by Palimpsest Press. This book explores the natural world through history, myth and the Bible, seen through the eyes of a poet who goes beyond the surface of things to find a deeper sense of meaning. This young bird is being launched on April 24th, at Russell Books. 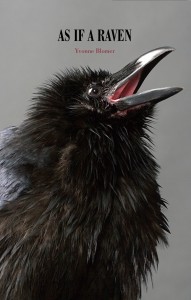 Yvonne was born in Zimbabwe and came to Canada when she was two years old. Her first collection in this moment, the world was shortlisted for the Gerald Lampert Memorial Award. Yvonne has also published two chap books Landscapes and Home: Ghazals (Leaf Press, 2011) and Bicycle Brand Journey (JackPine Press, 2012), and is the co-editor of Poems from Planet Earth (Leaf Press, 2013) out of the Planet Earth Poetry reading series, of which she is the Artistic Director.

She says: “I write because I think writing is first a conversation with myself that I then make public; I want to delve into the inner dialogue I have with myself and the world around me; I am distractable and grouchy if I don’t (and when I do, sometimes, also). Nothing else returns to me that richness, that sense of being alive as writing, reading and having conversations with people about philosophy and art – all of which come out of or fall back into writing. When I ride my bike, I’m seeing the world as I might later write about it. When I go for a walk I am catching up with myself so that later I can write. When I cuddle my son or am pushed away by him because he is growing toward independence, it is the inner self made tangible in the outer world and it is fodder for future writing.”

(Writing as a conversation with the inner self, after enriching it with the outer world. Beautifully put. And boy, do I get the grouch factor. Watch out, family! (And, apologies.))

Patricia Young is also launching the same evening as Yvonne (April 24th, Russell Books). I’ve had the great fortune of being in a writing group with Patricia for many years now, and I know that this, her twelfth book, Summertime Swamp Love, (Palimpsest Press), will shine as the others have. Like Yvonne’s book, it dives deeply into the natural world, too—but via the examination of animal mating habits. Lizards, mice, fish, they’re all here, and some of them might be telling their bedroom secrets to you. Just look at this sensual cover! 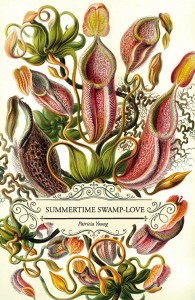 She was interviewed a few years ago by The New Quarterly, and her answers here eloquently touch upon the whys and hows of her writing life. Some of the references in the interview refer to poems in her brilliant collection An Auto-Erotic History of Swings (SonoNis), which focused on the sexual as well, more human than that of other beasts. Highly recommended. (The book, I mean. Er, well, both.)

And, last but not least, coming in at the end of the month before she heads east on a cross-country tour is Arleen Paré, launching her book of poems, “Lake of Two Mountains,” (Brick Books) on April 29th at Open Space. Arleen’s in the previously-mentioned writing group, too, and I’ve had the pleasure of reading and hearing a selection of these fine poems. This book is being called “a hymn to a beloved lake, a praise poem in forty-five parts, a contemplation of landscape and memory.” (from Brick Books website) You can listen to her read from this evocative book here. 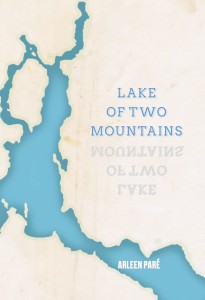 Arleen is a poet and novelist with an MFA in Creative Writing from the University of Victoria. Her first book, Paper Trail, won the Victoria Butler Book Prize and was a finalist for the Dorothy Livesay B.C. Book Award for Poetry.  Leaving Now, a mixed-genre novel, was released in 2012. Originally from Montreal, Arleen lived for many years in Vancouver working as a social worker and administrator to provide community housing for people with mental illnesses before moving to Victoria with her partner, Chris Fox.

She writes: “I write because I love it. I love learning about language, new words, new constructions, new ways of placing words on the page. I love using language to make art. I love solving the problems of language, the fact that language can hardly do what we intend it to do, and then we have to come up with solutions. These are the problems I like to solve.”

(Words: the problems and the solutions. What a magical art!)

One final addition to this strong list are two young readers’ titles by other Victoria friends–Kari Jones‘ So Much for Democracy and Sara Cassidy‘s Skylark–both with Orca. Launch date to be determined, but if you have younger readers in your life, both of these books would be good choices; they both deal with challenging issues–life in a foreign country under military rule and homelessness, respectively–in an accessible way.

Victoria, you are filled with amazing writers. I am so blessed to be a part of this community. It’s going to be a wild and crazy month. Hope to see you at a launch–or five!

Thrilled to see the beautiful spine of Meteorites

Another #dailywordprompt for all your creative pro